A Life Full of Heart 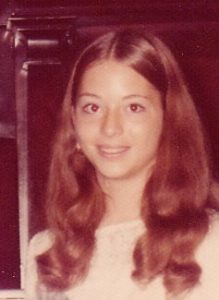 Today’s story comes from Annona who lives in Texas. Annona has been a part of the Zipper Club for almost 50 years!

When I was about 4, I passed out in the back seat of the family car. My mom, sister and I were out looking for a different place to live. They could not wake me up, so they rushed me home and immediately called my Dad who worked for a clinic. He said to take me directly to ER where they found out I had Pericarditis. I was in the hospital for two weeks in 1963. When I came home, my brother who was around 13 carried me around wherever I needed to be, my hero.

That was the first we knew of anything health related, but we would continue to learn as I grew older. I actually had sub-aortic stenosis.

During my first grade year of school, I wanted to be like all the other kids. Whenever PE came along, if the PE teacher told everyone to run laps around the playground, guess who was with the pack… I missed 44 days of school my first grade year. Every time if I participated in PE, I slept for 3-4 days almost straight. I wanted to be a normal kid, just like any child at that age, that has nothing wrong with them.

My first surgery was in 1970 at the age of 12. Afterwards, all appeared good. I was still to refrain from taking PE at school. The cardiologist told my Mother to cut the apron strings. I did ride my bike a lot around town, and even walked a 20 mile walk (of course, the blisters on the bottom of my feet were really bad, but rubbing alcohol dried them up pretty fast) so I did get some exercise.

I was lucky. All the teenagers and even young adults losing their lives because of illnesses like mine. Children and their parents with no knowledge of the illness lurking. That leaning over to pick up a bag of feed could cause disaster. Let alone being an athlete…

No one told us that the tissue may re-grow where it had been, so in the 1990’s I began having problems again. The doctors at that time wouldn’t do anything unless it was closer to 100% blocked. (What? Yes, that is what I was told). Anyway, I was put on medication and sent to do whatever it was I did. By this time I had two boys and a husband to support, and do all the things that go along with that. I worked in a very stressful profession from 1976 to 2010, so you can imagine. Since then I have re-married to a man who is very supportive and we help each other.

In 2015 I ended up with Endocarditis. And of course it took about a month of doing all kinds of testing. I had lost almost 30 pounds within that month. I had severe night sweats that required changing the bedding every morning. I was exhausted to say the least. Finally I went to the Cardiologist after he never received my results from an echo that was done 2-3 weeks prior. I felt terrible: didn’t feel like traveling to the doctor, didn’t feel like arguing with the clerk. The doctor told me that they would draw blood and within 24-48 hours they would know. The clerk said ‘here’s your papers, go to either one of the hospitals down the street.’ Well, me feeling like you know what, I told her no, that if I had to make one more stop before I went home, I would not be coming back and that the doctor had told us that they would draw the blood there in the office. And what do you know? They did draw the blood for the culture at his office.

The next morning I had a phone call early in the morning. The doctor had everything in place for me to go into the hospital. The test was positive. I spent almost 3 weeks in the hospital. After the antibiotics were started, other tests were performed including the TEE (Trans-Esophageal Echocardiogram). The TEE showed all the vegetation flapping in the wind.

Surgery was done June 2, 2015. That surgery included: the 2nd myectomy, mechanical Aortic Valve, two bypasses and my left artery in my neck roto-rootered. Two days later I had a heart block, so a pacemaker and a picc line were both inserted at the same time.

I was never so glad to be home in all my life. Of course the antibiotics needed to be pushed through the picc line for a while longer, but I was home. I still get tired, but nothing like what I felt while I was suffering with the endocarditis. My legs don’t want to cooperate with me like they did before, but that is something I will have to deal with. 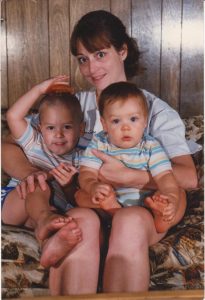 More testing is expected soon. I am surprised that almost 3 years has lapsed and the doctors have not ordered another echo. But soon we will do one, along with the 6 month pacemaker check and tests to be done on my legs for not only the arteries, but the veins as well.

I have turned into a germaphobe after acquiring endocarditis. It was some weird type of strep bacteria that could have been caused from me being outside or anything else. They never pinpointed the actual cause. I tend to wash my hands about 100 times a day. Crack an egg, wash my hands, bathroom trips of course, wash hands, give milk bone to dog, wash my hands, play with dog toys, wash my hands. My hands are so dried out, they look like I’m 100 instead of almost 60!

I am now 59 and am happily married, we have a total of 4 grown children and 4 grandchildren between us.

We use cookies to ensure that we give you the best experience on our website. If you continue to use this site we will assume that you are happy with it. Terms of ServiceOk