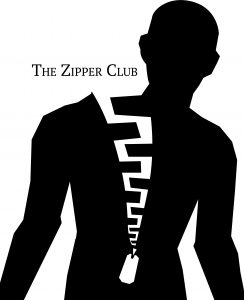 My name is Nick, and I currently am a student in Philadelphia. I earned my Zipper when I was 19 years old during emergency open heart surgery to replace my valve.  I had been experiencing some shortness of breath symptoms and believed I had asthma. After many many MANY doctors visits, my primary care physician decided to send me to see a Cardiologist. Once there, all he had to do was listen to my heart with a stethoscope and he knew my problem.

I was diagnosed with a bi-cuspid aortic valve, which they believed to be congenital, which means I was born with it. That means for those 19 years of my life my body was not getting the proper amount of blood it needed, which to me is just mind blowing. My entire adolescence I was incredibly athletic, regularly earning awards for achievements in Track & Field, Soccer, Cross Country, Hockey and the list goes on. Suffice to say, this diagnosis came as a big surprise to me and my family. They told me that my heart was failing and they said I would need to go into surgery as soon as possible.

September 14th, 2016, I went in bright and early to Portsmouth Regional Hospital in New Hampshire and started surgery prep. It didn’t hit me what was actually happening until the nurse put the brain monitor sticker on my forehead in the cold surgery room. I immediately started crying and she comforted me while the 15+ surgery team looked on and also attempted to comfort me.

Everyone was on edge I could tell, and they all kept mentioning that they have never operated on someone my age before. Usually the patients who go in for emergency surgery like I was were either new born babies, or much much older adults well passed their 50s. My surgeon who I had met earlier that week told me that he had never operated on someone whose parents were still alive, so he was unnerved by that. While I was laying on the operating table in the cold metallic room, these thought would not leave my head about how the operating team was nervous. The last thing I remember seeing before I was out was looking through the awful IV in my neck and seeing the nurse looking at me the same way my mother looked at me, so I knew I was in good hands.

The part of the adventure that I did not pay any thought prior to  was the recovery part.  When I woke up in the ICU it was the next day, and we discovered that I was allergic to anesthesia. I was laying on my back, and every movement I made caused my sternum to hurt, so throwing up after I woke up was the most painful thing I had ever felt. In between my bouts of throwing up I got to enjoy some hospital-grade mashed potatoes, fed to me by my mother who mistakenly believed that I could not move my arms, but I appreciated the effort.

6 days of recovery turned into 12 days as I gained 25 pounds in fluids, so I had to go back into emergency surgery to insert drainage tubes to my lungs and heart area. After 5 days of those tubes protruding out of me, getting them removed was the best feeling ever.  When I got home, I was ecstatic. I could recover with my dog, my family, and my very own shower. Taking a shower for the first time in 2 weeks was orgasmic, even when I found a forgotten heart monitor sticker on my back.

Months later, I would start to get back to my normal life. I mistakenly believed that because I had gone through this surgery that my life would forever be bound to being safe and sound in doors and having to read for fun for the rest of my life. While I lived that life for a couple months, I began to become more adventurous, until my old life came back fully fledged.

Today, a year and a half post surgery, I am the happiest and healthiest I have ever been.

I made this website so that people who have gone through what I have gone through could have a space to share their experiences, and see that you don’t have to go through it all alone. If you want to share you experience with us, please don’t hesitate to contact me at nick@zipperclub.net.