Hello everyone! My name is Thaddeus. I am a twenty-eight year old correctional officer from Chicopee, Massachusetts.

I was born with Tetralogy of Fallot which most of you know is a congenital heart defect (CHD) consisting of four individual defects within the heart. At the age of three months old I had my first Open Heart Surgery to repair the ventricular septal defect. At the

age of seven I had angioplasty to open up my pulmonary valve. At twenty years old I had my second Open Heart Surgery to replace my pulmonary valve with a bovine prosthetic valve, as well as having a cryoablation to eliminate my supraventricular tachycardia. I am currently taking no medication and have no restrictions, I lift weights and do cardio regularly. I do not 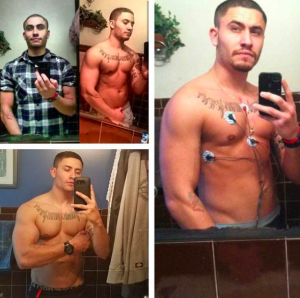 personally know of anyone else that has heart disease except for the extensive community that has been growing on social media.

Some of the fears that I faced growing up with CHD are very common I believe for most of us. The fear of the unknown. What does this mean for my future? What can I do? What can’t I do? How long do I have? These fears quickly went away as growingup I was always very active and played multiple sports like most “normal” kids do. I still have those lingering thoughts of “Is this ok for me to do?” and “How will this affect me?”. Lifting weights and the reassurance from my doctors have both given me the confidence to do as much as I can and let me know that I am in peak physical condition. That keeps me moving each and every day.

My situation with heart disease has shown me that even though I am “different”, I am still extremely capable of being great. One of my biggest role models through my life with CHD is Olympic snowboarderShawn White. White lives with the exact same condition that I do and it just proves to me that anything is possible that you should never stop fighting for your dreams. 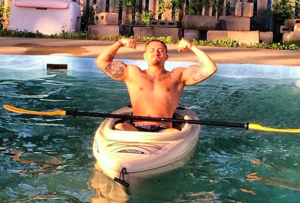 If anyone reads this story that is in the same shoes as me, I want them to know to fight, that it is ok to struggle, that when you run that mile and you think that you’re breathing too hard or that your heart is beating extra hard, look at that “normal” kid next to you, what do they look like? That’s right they’re struggling too. Don’t forget that it’s normal for exercise to hurt and be hard. Don’t let it discourage you because it hurts, keep pushing, keep fighting, you’re stronger than you’ll ever know.

I decided to share my story in hopes of reaching the vast CHD community, for the ones that are my age and older, and for all of the parents of the little CHD warriors out there. My goal is to give hope to each and every one of you, my goal is to bring inspiration to as many CHD warriors as I can, follow my journey, inspire with me and spread the word. We’re here and we’re still fighting and we’re going to keep fighting against the number one congenital defect. Keep pushing warriors, keep fighting